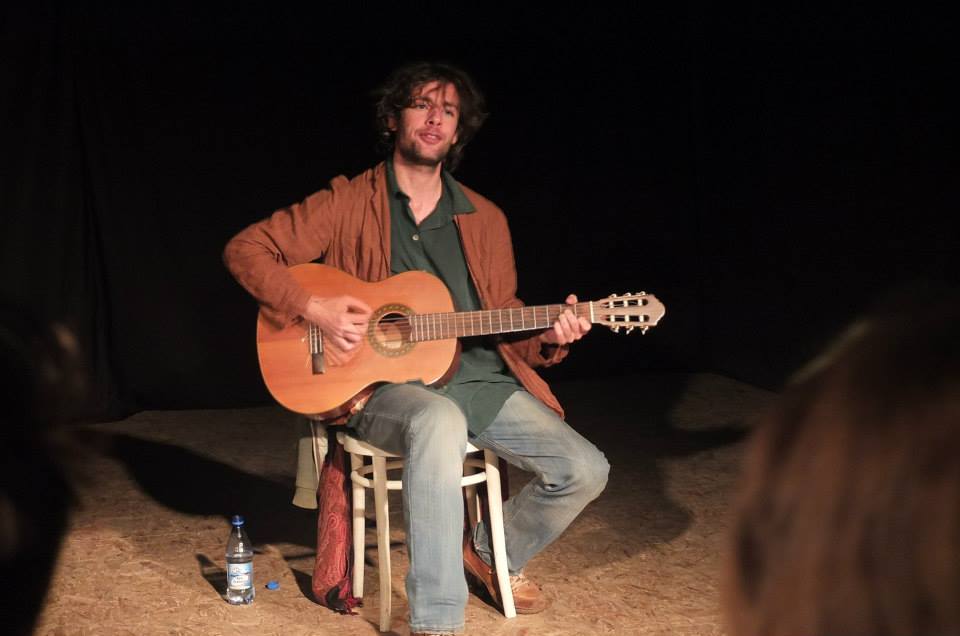 A song for every story

When I was 18 I hit the road and have been travelling ever since.

I spent time living in places like the Himalayas, Goa, Israel, Brazil, Japan, Italy Spain, Germany and travelled through another 50 countries or so. I lived a colourful life as I hitchhiked to India and then self-published a book about the journey, sold silver rings in the streets of Tokyo, helped someone get out of jail in Delhi, became a fixer for tourists in Brazil, set up an alternative travel guide and organised a small film festival in Berlin…among other adventures.

As I learned various languages, experienced varied cultures and met a whole cast of strange and wonderful characters, I was gathering material that would infuse my books and stories with all the flavours of the road. My first few books concerned my travels, before writing Bozo and the Storyteller (a book for older children and adults) and then Somewhere Under the Rainbow (a book about rainbow gatherings – temporary autonomous communities).

These days I live in the Czech Republic which is a great central location for making storytelling performances in the nearby capital cities. I continue to write, create and perform and never intend to stop.

I escape the harsh winter by organising mediation and yoga retreats in the Sahara Desert in Morocco each year – the next ones are 11-17 of January and 1-7 of March, and it’s a thrill to create a space where people can really open up and get in touch with themselves. As we sing and dance and meditate and tell stories I watch as everyone’s defenses melt away and they come back to the gentle yet vivid sensation of what it is to be alive.

Feel free to be in touch.