The Greatest Love Story of All Time 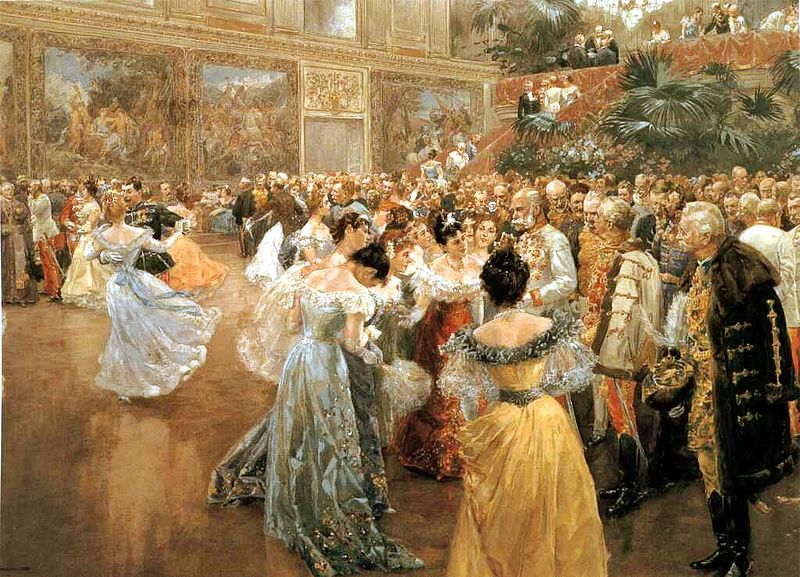 When Elsa Schenkel came of age there were no shortage of suitors. Her family was wealthy and respected and could trace their family tree back for 12 generations. Moreover, it was generally agreed that Elsa was one of the most beautiful girls to be found in Bavarian society; her cheeks were the hue of red apples in autumn, her hair flooded onto her shoulders like rays of sunshine and her eyes were as cool and blue as the Swiss lakes. 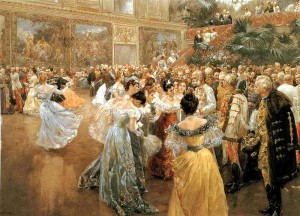 Elsa appeared to show little interest in any of the young men who attended her debut into society, however, even though there were officers there resplendent in their army uniforms, and also noblemen of rank – barons and princes! – who had come to have the honour of dancing with her – yet it seemed her mind was elsewhere, her eyes focused on the falling leaves outside the window of the ballroom, and she managed only a polite smile in response to the jokes and gossip her dance partners whispered to her between steps.

Her parents put her behaviour down to shyness and assumed that she would find her confidence as the season went on. But as the balls and parties came and went, Elsa paid no interest as to who might attend each one or even what she might wear, and finally her parents decided to sit her down for a serious talk. They impressed upon her how lucky she was to be courted by such distinguished men, that her looks wouldn’t last forever, and finally, they hinted that it was hardly reasonable to expect them to take care of her until she became an old maid.

Elsa listened to them respectfully and when they had finished she thanked them for their care and love and the happy childhood she had enjoyed, and then informed them that she would be leaving in the morning to take her vows at a convent 20 miles away to dedicate her life to God. Her mother fainted at the news and while her father was perhaps secretly relieved to be spared the cost of a wedding, he roared at her all evening in a furious tirade by turns insulting her, threatening her, until finally he begged her to marry for the sake of her mother, who even now was recovering in the corner with some smelling salt and a glass of sherry which she filled with her tears as fast as she drank from it, But Elsa’s resolve was firm and when she insisted that her decision was final, her father declared that she was no longer any daughter of his and if she wanted to go off and become a slut of Christ that was her business! – a declaration that set his wife fainting once again.

Elsa was accepted at the convent the next day with grim satisfaction by the Mother Superior and the other nuns as to be joined in a life of renunciation and austerity by such an obvious beauty was confirmation that they had chosen wisely to forsake the world of sensual pleasures where every delight was a sin-in-the-making and where the only refuge from the temptations of the devil was to be found here, behind the high brick walls of the convent.

Elsa took her vows and fulfilled her duties as well as any of the other nuns, rising before dawn to pray and meditate, and she helped prepare the small bland meals that them just on the right side of starvation. Yet Elsa seemed to lack the prerequisite pessimism and joylessness expected of a nun; for whereas the others saw the world as an evil, sinful place, a desolate and treacherous desert to be bravely crossed before being taken into the arms of Jesus and carried up to Heaven to receive the rewards of the faithful, Elsa, on the other hand, seemed to be quite happy where she was, she walked around the convent smiling and singing to herself, her eyes were often seen sparkling and her cheeks flushed. Indeed, the Mother Superior even once caught her dancing in the moonlight in the gardens and warned her that such behaviour was more appropriate to a brothel than a nunnery – had she forgotten where she was? She would have to keep an eye on that one, the Mother Superior said to herself. If she didn’t know better she would have said that young girl was in love.

Which was closer to the truth than she might have supposed.

It was perhaps more accurate to say that Else felt loved, so overwhelmingly loved that she could not help but open her heart in turn. And who was the lucky man? Did perfumed letters find their way through the convent gates, entrusted to faithful messengers who slid them under the door of Else’s cell to be read feverishly by the light of a candle? Did some bold youth climb the convent walls late at night to sing poetry to her while all the others were sleeping?

For whom did Else Schenkel long? For whose sake did she sigh before falling asleep? Who was it who put a smile on her face even when she was ordered to wash all the dirty sheets of the convent in freezing cold water? Else herself wouldn’t have known how to answer. The truth was she had felt loved – cherished, adored – for as far back as she could remember. she felt it in all things at all times; while the wind blew people’s hair into their faces, it caressed Elsa’s face with the hands of a lover; while others ran for shelter from sudden rainstorms, Elsa felt the drops course with lust over the contours of her body, and then when the sun came out it was as though she was being held in a deep embrace as the rays of light wrapped around her.

Perhaps if Elsa had had the gift of poetry she might have been considered a great mystic, experiencing the ecstatic love of God in all moments, but in fact she was convinced it was a little more personal than that. Surely an all-knowing, all-powerful God had better things to do than drop cherries into her pockets as she walked beneath the cherry trees? Why didn’t God send song birds to perch on the window sills of everyone else the way he did to hers each morning?

Elsa had never been particularly religious anyway. Joining the convent had just been a way to escape the trap of marriage and leave her free to be in love with…with what or who she didn’t know and neither did she care to ask as long as she felt it so strongly.

Much to the annoyance of the other nuns, Elsa’s beauty refused to fade as the years passed and at 30 she looked scarcely older than she had at 20. And so it might be with anyone who awoke each day with a heart throbbing with joy. In spring her window sill was covered with blossom each morning; in summer the birds crowded onto the ledge to sing symphonies at dawn; in autumn the trees bent their branches to offer her fruit for breakfast when she opened the window to say good morning to the world, and in winter there was a new work of art traced in ice upon the glass each day.

The light of love bathed Elsa with a special glow that marked her apart from the others and she began to be regarded with a grudging respect, and then open admiration as the rest of the nuns mistook her happiness for a kind of holiness. It was perhaps inevitable, then, that when the Mother Superior passed away, Elsa, at the age of 40, was promoted to take her place. She accepted her new responsibilities as lightly as she had taken her first vows and all she had to say to the younger nuns by way of advice was to follow what they loved. And so the convent which had been a house of severity, tears and regret, became a happy place full of laughter, sunshine and song. She was soon beloved by all her sisters and they feared for her safety when she would insist on walking through open fields in the thunderstorms of late summer – the thunder roared her name and the lightning lit trees into flame on either side as she passed.

It may be that the human heart was never designed to feel such intense love, however. A few weeks before Elsa’s 50th birthday she collapsed in the garden one day while sniffing flowers that only gave out a scent for her. The nuns came running in hysterics, variously calling out for water and for someone to go and get a doctor, but Elsa just smiled and before she died she gave a sigh of contentment as the last veil was lifted on the mystery of the love she had known all of her life. She felt her spirit rise and hover in the air, looking down upon her old body surrounded by a crowd of wailing nuns.

Then she became aware of another presence beside her: a swirling, glowing cloud of golden particles and, as it moved closer and its essence mingled with hers, she understood everything. She learned that there are spirits who do not depart from the world after dying but instead roam here and there for a while, watching and listening to the living below. One of these spirits had fallen deeply in love with Elsa when she was still a child and had waited a lifetime for her to join him. Now, she understood, the world could be the arena for their love for as long as they chose.

And so the story of Elisa Schenkel and the love of her life continues to this day as they chase one another through all of existence; on stormy days he falls as rain and she soaks him up as the earth; he becomes the wind and sweeps through the branches and leaves of trees when she has become the forest; his rays of sun melt her drifts of snow in the winter, and his waves tirelessly caress her shores of sand on beaches all across the world.

The greatest story of love is forever being told all around us.