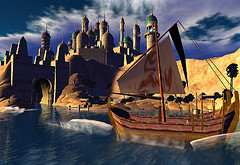 Although it was ancient wisdom that marriage was joy for a month and misery for a life, yet everyone agreed that Abu Hasan should marry. With a healthy personal fortune, a keen wit and a generous heart, he was quite the most eligible bachelor in Baghdad. But when his friends would reproach him for remaining single, he would reply:

“Far be it for me to take to my chest a sack full of snakes! I am free – why, then, become a slave?” Then he’d order another round of wine and all would drink to his health.

But whether the pressure of loneliness as he aged began to weigh heavy on him, or whether it was the desire to have a son to continue the family name, when matchmakers approached him with news that the daughter of the governor was seeking marriage, he finally agreed to wed and all rejoiced with exceeding joy.

A fabulous ceremony was prepared – the greatest Baghdad had seen in many years; the tables were laden with chickens stuffed with pistachios, whole roast goats with fresh dates in their mouths, walnut and cream pastries, and any number of sherbets and sweets; the finest musicians in the land played throughout the day and in the evening Abu Hasan sallied forth on the balcony to cast gold coins out to the waiting hands of the poor gathered outside.

Then, as he and his friends reclined on silk cushions with ebony pipes of the finest honey tobacco, the bride was brought forth wearing the first of seven dresses – and behold! She was as lovely as the moon at its fullest, wrapped in a turquoise gown dripping with gems and silver. Each following dress she wore was more lovely than the last until she finally appeared in a simple white dress with a necklace of pearls around her smooth neck, her lips like a piece of coral and her eyes putting the stars to shame.

She retired to the lavish bedroom chamber to coyly await the arrival of her husband. Abu Hasan, however, could not yet bear to forsake his guests and entertained them with a great store of stories and wit, tempered with sober reflections on the spiritual and politic, increasing his esteem in their eyes and giving all cause for merriment and reflection.

At last, when his duty as host was fulfilled, Abu Hasan felt the juices of desire stir within him and he rose to bid his guests good night so that he might join his bride beneath the silken sheets of the conjugal bedchamber. But alas! He had eaten and drunk so heavily that as he raised himself from the cushions, he could not help but release a loud and thundering fart that echoed from wall to wall and silenced every voice in the room.

His friends at once began talking again, pretending they hadn’t noticed and Abu Hasan quickly slipped away in the direction of the bedchamber – but then dashed down another corridor, out of a side door to the house, saddled his favourite horse and rode all the way to Basra at top speed. There he boarded a ship bound for the East and set sail that night, gazing back at his homeland with tears in his eyes until the horizon swallowed the view.

Abu Hasan landed in India and by virtue of his gift for languages, impeccable manners and irreproachable character, he soon secured himself a position in the services of a local rajah. Winning himself a reputation for incorruptibility and sobriety – he never so much as left his quarters at night to take a pipe with the other men – he soon rose in the ranks until he was responsible for the discipline and welfare of the rajah’s personal guard.

But though he was loved and respected by all in the court, Abu Hasan was never seen to so much as smile and when, of an evening he would climb to the highest battlement to gaze west in the direction of his homeland and sigh heavily, the servants knew better than to disturb him and all assumed he was a great man living under a cloud.

At last, after ten years, despite the fierce regret of the rajah in losing such a valuable servant, Abu Hasan packed his few belongings and declared that he would return to his native country. He boarded a ship bound for Basra and could barely sleep for the entire voyage, riddled with anxiety as to his reception back home.

Once on land, he rode to Baghdad but paused at the outskirts of the city, suddenly too afraid to enter. For days he wandered around the hills, hoping to learn by some fortuitous circumstance whether his reputation was still intact, when at last he came across a shepherd’s hut one night and heard a mother putting her child to sleep. He pressed his ear to the side of the hut and heard the child ask:

“Oh, that’s easy, my dear,” the mother laughed, “You were born in the year that Abu Hasan farted!”

And with these words, hope died in his heart forever. He fled the land and was never seen again. 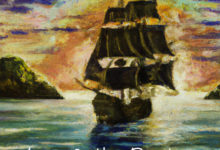 Arna and the Pirates – a podcast for kids 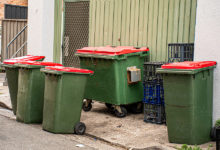